The Best Dad EVER! 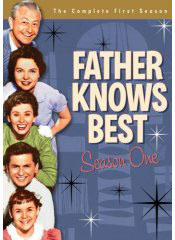 "The best dad ever!" is a sentiment often ascribed to many a father.  Who, then, was the best father of all time?  What characteristics describe him?  The "best dad ever" turns out to be the God whom we worship, God the Father!
We all recall the account of the so-called "Prodigal Son" in Luke 15:11-32.  There are three characters in this account and each delivers a different lesson.  Obviously, the Prodigal tells of waywardness and redemption.  The "ever faithful" elder brother tells of jealousy and pride.  But the Father is the perfect picture of grace, mercy and restoration.  It is upon Him that we should focus this Father's Day.

Just what characteristics of God the Father do we need to glean from this metaphor?  There are many but here are the highlights, dads:


1. Though the "best dad ever" could have very easily "had his way," the Father allows his son to make his own choices...no matter what the consequence.  (15:12)
2. It is plain to see that the "best dad ever" was a good provider for his family, there was substantial savings at His disposal for him to use for those whom He loved.  (15:12)
3. The "best dad ever" was continually looking for his son to return to what was good, right and just.  (15:20)
4. Even before the "best dad ever" had heard any kind of confession, apology or explanation, He felt compassion for him without reservation.  (15:20)
5. Ignoring whatever "baggage" His son was carrying, the "best dad ever" ran to embrace and kiss him.  (15:20)
6. The "best dad ever" listened to his son's confession without interruption, complaint or demand.  (15:20)
7. Ignoring the obvious sin, guilt and shame the "best dad ever" restored the prodigal to his former status without retribution, payment or punishment.  (15:22 - 23)
8. The "best dad ever" threw the "best party ever" to celebrate the restoration of his lost son, a party held without pretext, apology or explanation because the "dead had returned to life!"  (15:24)
Who's the prodigal?  Me and you.  We are the rebellious son that has "demanded our rights" and have abandoned all that is dear to go to the "far country" to waste our lives in foolish endeavors.
Who's the "best dad ever?"  God the Father, though we deserve nothing, lavishes the riches of heaven upon us, now and for all eternity!
"Amazing grace!  How sweet the sound that saved a wretch like me.  I once was lost but now I'm found, was blind but now I see!"
Those of us who are fathers can learn some great lessons of our own from the "best dad ever" so our children will one day remember us with that very same endearment!


Want to be remembered as the "best dad ever?"  Take your cues from "the best dad ever," God the Father!  HAPPY FATHERS DAY, DAD!
-  Russ McCullough - Distributed through JTC Media
at June 16, 2011