The Manger or the Cross? - Which Will It Be? 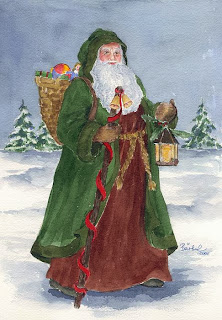 There he is!  Father Christmas!  Every December millions the world over embrace the warm, vibrant and exciting sentiments of the Christmas season, past and present embodied by "Father Christmas."  Children, family, festivities, songs, gifts, carols, eggnog, sugar plums, ornaments, snow, holly and mistletoe all "dance in our heads."  As the song goes; "it's the most wonderful time of the year!"
But...can Father Christmas save you?  Will one's attention to the manger bring salvation?  The answer is disturbing.  The answer is......NO.
Each year the debate rages.  Was Christ really born on "Christmas Day," December 25?  Not likely.  "Shepherds guiding their flocks by night" occur in Israel only in the spring and fall...never winter.  We can debate the origin of "Christmas" till the cows come home.  One thing is certain...no such holiday ever was celebrated by the early Christian community, identified in the New Testament as "The Way." There is no such command to celebrate in the New Testament, there is no example of any of the Apostles (or anyone else for that matter) celebrating it and there is not even an inference anywhere in Scripture that anyone had even a thought of so doing.
The origins of the holiday we call Christmas are medieval, pagan, catholic, pragmatic and extra biblical.  As a religious celebration it is clear that Christmas ("Christ - Mass") is what God has clearly decreed as an addition to the Word.  While the celebration of Christmas in the United States is "as American as apple pie," it has no connection whatsoever to the revealed Christian faith described in the New Testament.  In fact, Jesus is VERY specific as to how He wants to be remembered.  It is celebrated, not on December 25, but on every "first day of the week" around what is known as the "Lord's Table."  Here's what revelation, not speculation, says;  "Do this in remembrance of me." - I Corinthians 11.24 - 25.
We must ask ourselves this question; "Why, then, is Christmas so embraced by so many as the most prominent "Christian" celebration of the year?"
People are told that Christmas is the most holy day (the origin of our word "holiday") of the year in all of "Christendom."   This is a true statement!  However, "Christendom" is NOT "Christianity!"  Christendom is a one world military, political and economic system centered in Rome and headed by a one man dictator commonly known as the "pope."  Popes over the years have changed EVERY aspect of New Testament Christianity and corrupted it so that it no longer has anything in common with Revelation.

Wine is a Mocker & Strong Drink is Raging 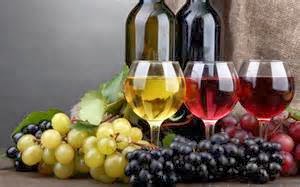 Can or should the Christian purchase and consume beverage alcohol?  One is, first of all, reminded of a conversation in Jurassic Park.  While discussing the "merits" of "bringing back" the dinosaur, it was noted that "just because we can doesn't mean we should."

We can apply this principle to the Christian's consumption of "Noah's folly."  "Technically," a Christian can purchase and consume beverage alcohol within certain guidelines outlined by Paul in Romans 14.  These principles apply to eating meat, drinking wine or anything else that causes a brother to stumble (14.21)  Here they are:

There we have it!  A Christian can, in fact, purchase and consume beverage alcohol when in compliance with biblical guidelines described by the inspired apostle Paul.  Having said that, the guidelines are stringent and nearly impossible.  The legal limit of blood alcohol in most states is .08%.  Many people can meet that mark with as little as one can of beer or one glass of wine.  What is the Christian who wants to consume wine with their meals to do?

For those Christians who want to protect both their conscience and their ambassadorship, there is a wine alternative.  It is called NON - alcoholic wine!  One vendor that provides such products is none other than Mothers Against Drunk Driving (MADD).  Check it out for yourself at http://maddvirgindrinks.com/ or, better yet, just pick you up some Welch's (TM) http://www.welchs.com/products/sparkling-cocktails sparkling grape juice products at your local grocery store.
Dear Christian friend; "Why consume poison when you can have the flavor MINUS the poison?"   "Why risk your conscience before God?"  "Why place your ambassadorship at risk?"