The Apostle Paul Was A Paid Preacher! 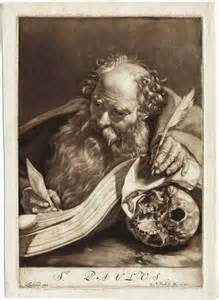 There are those that decry the idea that is biblical to pay preachers.  It is assumed that since the gospel is free, those who dispense it must do so without a salary from the church.  It is assumed, as well, that any gospel preacher must be self supported and not receive any compensation from 3rd parties for his labor in God's vineyard.  Thirdly it is assumed to prove all of this all one has to do is to examine the ministry of Paul the apostle.

Sadly, those who would embrace the above assumptions have failed to read and understand Acts 27 and 28.  Acts 27 is the historical account of Paul's journey to Rome interrupted by a shipwreck on Malta.  Acts 28 details Paul's post Malta journey to Rome.  We will refer to two verses in these two chapters to dispense the assumptions of those who would deny many a man the freedom to preach the gospel.

First, Luke asserts in Acts 27.3 that Paul was allowed to go ashore at Sidon for a specific purpose.  That purpose was to "refresh himself" from his friends.  What does that mean?  It means that Paul received support for his journey.  In Roman times prisoners had to provide for their own sustenance while in prison, the state provided nothing but confinement.  Every resource had to be provided for the prisoner by 3rd parties or death would soon come.  At Sidon, Paul was "refreshed" by his friends with everything he needed for a long sea voyage.  That would include food, clothes, beddings, medicine and money.  Paul was a paid preacher!

Secondly, it is stated in Acts 28.30 - 31 that Paul, while in Rome, stayed in "his own hired house" where he "received all who came," "preached the gospel," and "taught those things which concern the Lord Jesus Christ."  Where did Paul get such funds as to rent a house in Rome for two years while he was under house arrest awaiting trial?  The answer is clear, Paul was a paid preacher!

Let's get real.  Those who would deny the gospel preacher an income are being blatantly hypocritical unless they themselves hire the poor brother themselves for some kind of secular endeavor so that he can then preach the gospel.  Such an arrangement would be foolish indeed for what would then suffer?  The gospel would suffer!  The preacher would be spending 40 plus hours a week working elsewhere, barely getting off a sermon or two with his spare time.  That time would be exhausted by the secular endeavors of his "benevolent" employer.

Those who would deny the gospel preacher a living to protect a "principle" unsupported in Scripture are "straining the gnat in order to swallow the camel!"

Congregations who have a located and employed preacher do not pay the man to preach, they pay the man SO HE CAN PREACH!

May God richly bless those men who devote themselves to preaching the gospel and those congregations that make it possible for them to do so!