The Crisis of Our Times - Ignoring Apostolic Authority 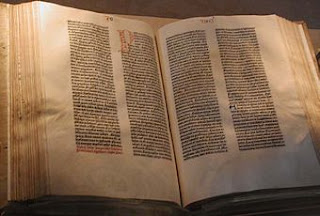 If you recognize either the song, the lyrics or the artists...you MAY be as old as me!  The 1960's were characterized by many things.  One such thing defining that time was "snappy tunes and dark messages."  One of the snappiest tunes in the history of rock and roll teamed up with one of the darkest messages of that era.
In 1965 the writing team of Roger Atkins and Carl D'Errico penned the lyrics to "It's My Life" sung by Eric Burdon and the Animals.  The lyrics are 100% narcissistic and existential.  The song defies authority and assumes that one can predict, control and demand one's own future.  These ideas were not in vogue in 1965 but those who mindlessly sang the song over and over came to adopt the philosophy of existentialism subconsciously and now, nearly 50 years later, live their lives by the songs dark madness.  Here's the ending refrain of the song:
(It's my life and I'll do what I want.)
Don't push me.
(It's my mind and I'll think what I want.)
It's my life.
(It's my life and I'll do what I want.)
I can do what I want.
(It's my mind and I'll think what I want.)
You can't tell me.
(It's my life and I'll do what I want.) (1)
Fast forward to 2013.  Pro football star, Aaron Hernandez of the New England Patriots (R) is accused, though not convicted, of a serious crime.  One of the areas the police are interested in are his disturbingly dark minded tattoos.  One tattoo goes down vertically on one of his forearms and reads, "If it is to be - it's up to me."  Some time ago, Hernandez was questioned as to its meaning in a media interview.  His reply: "Whatever I want my life to be, it's up to me...the life I want to live is in my hands." (2)  The tattoo philosophy?  Existentialism - I control my own life.
Existentialism has many dark and sinister components. Create your own future.  Deconstruct the past so as to reconstruct the future.  Truth evolves over time.  Truth is unobtainable but nobility is found in it's pursuit.  The best way to pursue truth is by contradiction.  The more contradiction, the faster society evolves.  Societal evolution takes place faster when chaos is interjected into it.  "Make it up and you go."  "Don't know what we will have when we get there but won't the ride be fun?!"

A key component of existential "thought" is the deconstruction of all authority based on anything in  the past.  The 21st century man or woman is statistically certain to reject the Bible as authority as it is from the past.  Those wanting to "have it both ways" debunk all the New Testament books except the gospels.  It is "assumed" that since Jesus did not "directly" make any statements about many issues widely discussed in the rest of the New Testament, the non-gospel portions of the New Testament are just so much commentary and not to be taken seriously.  Many theological skeptics debunk most, if not all, of the non-gospel New Testament.  In other words, these skeptics reject the authority of most of the New Testament.  This is precisely why we hear such statements as noted below from wayward members of the church of Christ:


"Jesus never taught about instrumental music in worship, so what's the big deal?"

"We are Christians only, but not the only Christians."

"We are part of the Stone-Campbell Movement and are as much a denomination as many others."

"Jesus never taught against homosexuality, so why should we make such an issue of it?"

"Jesus never said we couldn't hold the Lord's Supper on Saturday night, so why can't we?"

"Female leadership in the church is a subject ignored by Jesus in the gospels.  We can improvise today."

"Our times and circumstances are different than the 1st century and so we must approach matters differently."

What drives such statements?


These sentiments all have their foundation in a rejection of apostolic authority.

The Acts, the Epistles and the Revelation address and teach clearly regarding all these issues but the skeptic is more interested in the "tail wagging the dog."  The existentialist rejects anything "old" as pretty much useless for today's modern man.  When this nonsense becomes the  centerpiece of one's defining philosophy, the apostles become just so many dusty dead men from the insignificant and distant past.  Paul, especially, is the target for the skeptic for it was he who penned most of the New Testament.  The skeptic sees Paul as a homophobic, sexist, unreasonable, confrontational and a belligerent old man. He therefore automatically rejects the words he penned as just so much opinionated nonsense.  If we were discussing Shakespeare or Homer none of this would matter.  But we are not.  We are discussing the very breathed out Word of God.


It is our assertion that the New Testament writings of the apostles are Scripture, that they do have Divine authority to speak, that Jesus did delegate His authority to them and that the entire New Testament is authoritative...then and now.
﻿
According to Strong's, the word translated "authority" is used 35 times in 32 different verses in the New Testament.  It comes from the Greek word exousia.  Among other definitions, Strong's asserts the following meanings for exousia: "..privilege, capacity, competency, mastery, jurisdiction, power and right."  We can conclude, then, that anyone being said to possess excousia in the New Testament possesses these qualities.  Jesus boldly claims and asserts His exousia with privilege, capacity, competency, mastery, jurisdiction, power and right!  No assertion has ever been more clear!

To borrow a phrase from that country song; "What part of ALL don't we understand?!"  Jesus possesses, present tense, ALL authority in Heaven and on earth!  All realms are included in these two places.  There is no place in the universe left outside of His authority!  Granted, the existentialist can deny this reality and "create" his own fictional "alternative universe" but God will still call that person and his "alternative universe" into Divine judgment.

Jesus Christ did not self-announce this authority.  Prior to His death, burial and resurrection, God the Father confirmed the authority of Jesus Christ while calling the previous authority of the Law and the Prophets to an end. On the Mount of Transfiguration Peter enthusiastically concocted a tri-level system of "authority" with Moses, Elijah and Christ all having equal parts in it.  Though well meaning, Peter just did not know that Moses and Elijah were subservient to Jesus Christ!  While Peter was still speaking his misguided thoughts, a Voice from Heaven, God the Father, interrupted him and said;

"This is My beloved Son, with whom I am well pleased; listen to him."

The Holy Spirit added emphasis to the total authority of Jesus Christ in the opening words of the Letter to the Hebrews;

Long ago, at many times and in many ways, God spoke to our fathers by the prophets, but in these last days  he has spoken to us by his Son, whom He appointed the heir of all things, through whom also He created the world. - Hebrews 1.1 - 2 (ESV)

Jesus Christ, God Incarnate, claimed ALL authority in the most bold, precise and passionate terms.  His claim was confirmed by God the Father literally speaking from Heaven.  These assertions were then further emphasized by the Holy Spirit.  All these assertions are recorded for posterity in the inspired Word of God known as the New Testament of Jesus Christ!
We can rest assured that Jesus Christ HAS ALL AUTHORITY IN HEAVEN AND ON EARTH THEN, NOW AND FOR EVER MORE.  In addition to "sustaining all things through the Power of His Word" and "holding all things together," what has Jesus Christ done with His authority?

He details this delegation of authority to the apostles even more precisely in the 20th chapter of John, verses 19 through 23.   This text takes us to the most powerful delegation of apostolic authority in all the New Testament!  The now resurrected God Incarnate actually breathes upon the apostles and says to them; "Receive the Holy Spirit."  [vs. 22]  That delegation is POWERFUL!  How do we know Jesus is delegating here?  He says so in vs. 21; "As the Father has sent m, even so I am sending you."  What does all this entail?  It entails a divine message delegated to the apostles by the Creator of the Universe!  That message? The message of salvation; "If you forgive the sins of any, they are forgiven them.  If you withhold forgiveness from any, it is withheld."  [vs. 23]

The apostles were given authority to speak the words of salvation from Jesus Christ Himself!

These same apostles not only spoke the words of salvation, they wrote them down by the inspiration of the Holy Spirit so that people of all ages can know how to obtain salvation and keep it!  All the apostles spoke the words of salvation but only a few wrote them down; namely Matthew, Peter, John and Paul.  Other inspired non-apostles also wrote books in the New Testament, Mark, Luke, James and Jude.  One book, Hebrews, was written by a man unknown.  Of all the 27 New Testament books, the largest number were written by one apostle...Paul.  He penned 13, over half of the total!  Not only was Paul an apostle writing with delegated apostolic authority, his apostleship was the most unusual of all the apostles as one "born out of due season."  After all was it not our Lord who said that; "...the last shall be first and the first the last?"  The very last apostle gave us the vast majority of the New Testament.