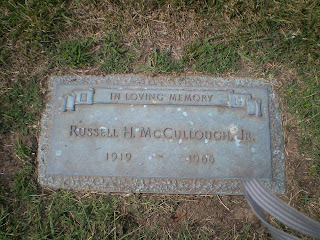 The weekend of July 11 and 12, 2009 has been an emotional tsunami for me. I experienced waves of remorse and regret rarely part of this earthly existence. I guess you might say I faced my demons. Perhaps you differ from me. Maybe your life has been totally fun, exciting and meaningful for as long as you can remember…, devoid of demons. Perhaps, but I strongly doubt it. In all likelihood, there are some un-faced demons in your life, too. The demons to which I refer are not sins per se, but rather those fears, those “nameless dreads” that haunt ones soul in the wee small hours of the morning. You know what I’m talking about, those knife sharp thoughts that race in the middle of the night robbing your mind and body of it’s much needed rest. My life had a couple of pieces missing.

It’s my prayer that by sharing these words that one or more readers will take the helm of sorrow and drive their ship into the wind as well. Someone once told me that the way to overcome that which one fears is to DO that which one fears. I can tell you that good advice turned out to be extremely valid.

By God’s grace I faced down two fears Saturday, one 43 years old and one 40. In a way they were the same fear because they both in many ways defined who I became over the intervening years. My father, Russell H. McCullough, Jr., died suddenly and without warning on January 10, 1966. He was just 46 years old. My mother was 40 years old at the time, my sister was 12 and I was 14. This wasn’t supposed to happen. I KNEW it was not supposed to happen because Mr. Grady, my shop teacher, came to our house that night. I wished that I had told him of my gratitude but speaking of such was nothing I was about to attempt in those years, certainly not to an adult two and a ½ times my age. That visit was perhaps the kindest thing anyone did for me…ever. Not only that, the day of the funeral I stepped out of that “black Cadillac” and the principal of Thomas Eaton Jr. High School was there to give his condolences. Mr. Bacuveraccus was his name, or as we called him, “Mr. B.” I was stunned, I barely knew him. “Why are you here?” was my response. I don’t recall what he replied to me but I KNEW that what was happening to us WAS NOT supposed to happen…but yet it did.

My sister and I were orphans. We had no father. Our poor mother was beyond distraught. She was devastated. For three years or more she wept through the entire worship service every Sunday morning. She wept during meals, she wept in the morning and she wept at night. She could not bear to visit Dad’s grave…ever. Two years ago this month, she went home to Abraham’s bosom where she is now comforted along with our father. “God shall wipe away all tears, there’s no death, no pain nor fears, and they count not time by years, by years, for there is no night there.”

That brings me to my first demon. This is my first confession. I, too, could not ever bring myself to visit him. My poor dead father and not a single visit in 43 years from me…, until yesterday. He deserved better. He didn’t die on purpose; he was asleep at the time, home from work and sick with bronchitis. My neglect was so pronounced that I even had to call the cemetery office and have someone meet me there to show me where he was buried, I didn’t know. I had never cared to know. Strangers surround him while mother lies resting in Tulsa, Oklahoma. On that “bright and cloudless morning” they will rise in two different places. My total neglect ended Saturday. I dropped by to see Dad.

My second confession is that I dealt with my father’s death the only way I knew how. I forced myself to forget him. Unfortunately I succeeded all too well. I now recall precious little about the man except his intense love for God and a faith as resilient as steel plated amour. He now rests in the “Garden of Faith,” Lot 4, Parklawn Memorial Cemetery, Hampton, Virginia. This is as it should be. What is not as it should be is the fact that I felt no emotion when I visited him. I “felt” like I should “feel” something…but 43 years of forced repression will seer any memory. I loved my father but he is much more like a dream to me now than a memory. For 43 years I feared what “might” happen should I visit him. Were that there was enough emotion left in me to warrant such a fear. Regardless of emotion or lack thereof, there are now no more misunderstandings between us. We had that long overdo “talk” and the air is now clear. I snapped a few pictures, pulled a few weeds from around the headstone and left with my reconciliation. I’ll be back from time to time, Lord willing.

As a result of my fathers death, my high school years were fraught with loneliness, insecurity and the burden of never hanging around when my buddies spoke about their dads. No ball games, no hunting or fishing trips, no father-son “talks” for me. I was the lone man out in high school and I viewed myself as being type cast as a permanent loner for reasons I could not begin to comprehend. Combine the usual teenage insecurities with being fatherless…I ran as fast as I could to get out of Hampton, Virginia upon graduation. I couldn’t forget about those years fast enough. No memories, no looking back and for sure…no class reunions.

That brings me to the very reason for this trip to begin with. I was invited to attend the 40th anniversary of the greatest class from the greatest high school of all time…, Hampton High School - the class of 1969. We even had a chant that said it all; “We’re so great, we’re so fine, we’re the class of 69!” For months, the thought of attending such a reunion haunted me. The thought of seeing those people again was downright terrifying. BUT, I knew I needed to go. If for no other reason, good, bad or indifferent, I would have closure. Even at the last possible moment I confess that I almost did not attend. At 6:10 p.m. Saturday night I was on the phone to Nancy and told her that I was exiting the car and going in “to get it over with as quick as possible.” [People have more enthusiasm for a root canal (minus the Novocaine) than I had Saturday night for a class reunion!] In her own very sweet and practical way she made me realize that I had come too far to turn back. And so I got out of the car and went inside 1610 Coliseum Center in Hampton, Virginia to confront the past I had so long sought to avoid. At the end of the evening we took a panoramic picture of the approximately 175 souls attending. As the photographer was preparing, we sang that old fight song. “Here’s to Hampton High School, here’s to HHS, here’s to our football team, oh yes, oh yes, oh yes!” I had a great time and a great reunion and by the way,

Thanks for going with me, Dad. I love you.