The Cost of Being Poured Out Upon the Altar! 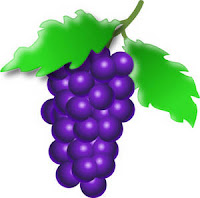 The "dog days of summer" are upon us![1] When heat, humidity and outdoor activities combine...all we want is a long COLD drink of something WET! THAT requires ICE and lots of it! Up until the invention of refrigeration, ice was a rare commodity indeed during the summer months. In order to have any, one would have to carve large chunks of ice in the dead of winter and haul them deep into the earth in a cave. Later, "ice houses" were built for the same purpose. The bottom line: ice was the rare treat of the very rich until the 19th century. As a child I remember how delightful and rare it was to have ice in the summer! Our Mother had a freezer (it had to be defrosted several times a year!) and in it were several "ice trays." They were about an inch deep, about 4 inches wide and about a foot long. Inside the tray were 10-12 squares where water would go. Once frozen, there was a handle one would pull back, cracking the ice and allowing it to fall out for use. As a result, we would each have two glasses of ice for the evening meal which Mother filled with her mint flavored sweet tea. What a treat! When there was some kind of large gathering such as a picnic, Dad would take us down to the "ice factory" where he would buy a large and solid block of ice. Once home he would chip it away into an ice chest using an ice pick. Fortunately AND unfortunately, today ice is so common as to not even by noticeable! Just go to the frig door and press a button! Cold drinks in the summer are now so common we no longer appreciate them as we once did.

Why all this talk about cold drinks? In ancient Israel there was no ice. Drinks of any and all kinds were scarace. Wars would be fought over access to clean and abundant water. Even more hard to come by were flavored drinks made from fruit. Especially valuable was the "fruit of the vine." So focused was the nation on the vine, a large relief of a grape vine was displayed on the front gable of Solomons Temple in Jerusalem. The vine was a national symbol representing peace and prosperity in the land given by God. Americans long to rest in their two story colonial in the suburbs. The Israelites, however, longed to rest under the shade of their own vine and fig tree. At the height of their national glory during Solomon's reign it was described as such from the north to the south. [I Kings 4:25]

Growing a vine took years of hard work and cultivation to bring forth a crop. Finally one would begin to bring in the fruit of their labors. The fruit of the vine was almost like "liquid gold" to the Israelite for it represented, more than perhaps anything eles, the warm smile of God's Providential blessing. To the Israelite the vine represented the culmenation of a live well lived in service to God, country and family.

It is not surprising, therfore, that God chose the "drink offering" as a way for the people to give their very best, every day, to God in gratitude and thanksgiving. In both Exodus 29 and Numbers 28, God ordains a twice daily "drink offering" in front of the Tabernacle. Among other offerings, there would be a "quarter of a hin" of wine offered at both the morning and the twilight. A hin is equal to approx. 5 liters. Therefore the drink offering would be approx. 1.25 liters twice a day.

To understand this in today's terms, pouring out the "fruit of the vine upon the altar" would be akin to us "burning money!" By giving the drink offering twice a day it was as if Israel was saying to God; "We trust in You completely to provide our needs up to and including our giving to You that which is most valuable in all the land." When an Israelite gave a drink offering, he was "letting go and letting God!"

All this explains Paul's words to Timothy in II Timothy 4:6 in describing his imminent execution. "For I am already being poured out as a drink offering, and the time of my departure has come" (ESV) There is no better metaphor to describe the sacrificial death than the drink offering, an offering of the very best that is poured out and consumed to nothingness. Paul is telling Timothy (and us) that he has literally poured out every talent, every effort, every breath, every word and every last ounce of energy of his life in service to his God. He enjoins Timothy, and us by default, to do the same.

In contrast, however, we live in totally different times than did Paul and Timothy. We live in liberty and freedom in comparison to them. They lived in what we would characterize as "terrorist state." What does it mean for you and me, living in the "land of the free and the home of the brave" to "pour out our lives as a drink offering?" We need not wonder for Paul tells us in Philippians chapter two. In this passage, written some years earlier, he speaks of his being "poured out as a drink offering" in terms of "if" instead of certainty. Paul gives the Philippian congregation a list of what "pouring out one's life as a drink offering" entails:

1. We must be of the same mind
2. We must all have the same love
3. We must all be in full accord and of one mind
4. We must do nothing out of rivalry or conceit
5. We must, in humility, count others more significant than ourselves
6. We must look to the interest of others, as well as our own
7. In other words, we must have the mind of Christ who:
a. Did not count equality with God a thing to be grasped
b. Made Himself nothing
c. Took the form of a servant
d. Was born in the likeness of men
e. Humbled Himself
f. Became obedient to the point of death,
g. Became obedient to the point of death on a cross.

Paul goes on to make the point that since Christ emptied Himself out for our sakes, we should "work out our own salvation with fear and trembling." And how, Paul, do we do this? Easy to say, hard to do..."Do all things without grumbling or questioning." THAT is what it means to be "poured out as a drink offering upon the altar!" I don't know about you, dear friend, but I fall VERY short of the Spirit's expectation! I rarely leave my house in the morning without complaining, questioning and grumbling. By the time I see another person, I can't wait to pour out some "victim" nonsense on that unsuspecting person! Like the country song of several years ago, I need an "additude ajustment!" When I quit "grumbling and questioning," I am ready to be "poured out like a drink offering."

Someone has said, and rightly so, that the "only right a Christian has is to surrender his rights!" Such an additude would describe the life of someone who was being "poured out upon the altar as a drink offering." What, then, must we as God's people be willing to surrender in order to pour ourselves as drink offferings onto God's altar as it were? Among other things, we must be willing to SURRENDER:

1. All of our rights
2. Our American individualism
3. Our priorities
4. Our privacy
5. Our pleasures
6. Our ambitions
7. Our entertainment
8. Our business
9. Our time
10. Our sexual "freedom" - One man for one woman for life is still God's plan!
11. Anything and everything else that somehow got left out of the first 10 things!

No army ever won a war by surrendering. God's plan, however, is not of this world and neither is His reward for us! "All to Jesus I surrender, all to Him I freely give!"

[1]"Dog Days is the name for the most sultry period of summer, from about July 3 to Aug. 11. Named in early times by observers in countries bordering the Mediterranean, the period was reckoned as extending from 20 days before to 20 days after the conjunction of Sirius (the dog star) and the sun. In the latitude of the Mediterranean region this period coincided with hot days that were plagued with disease and discomfort. The time of conjunction varies with difference in latitude, and because of the precession of the equinoxes it changes gradually over long periods in all latitudes." - This according to:
The Columbia Encyclopedia, Fifth Edition Copyright © 1993, Columbia University Press. As quoted on: http://answers.yahoo.com/question/index?qid=20070715190944AAuobq4

Email ThisBlogThis!Share to TwitterShare to FacebookShare to Pinterest
Labels: Sacrifice